Without any doubt, the next generation of Mazda models is highly anticipated. From what we know so far, the Japanese manufacturer will introduce a new, RWD-based platform, as well as new inline-six engines. However, the latest reports suggest that these models won’t come before 2023, which clearly indicates that the redesign of the flagship SUV won’t happen as soon as some expected. Instead, the 2023 Mazda CX-9 will probably represent the final production year of the current generation, which probably means no bigger changes to come.

This means that you may count on familiar design characteristics. The current model has been around since 2016 but still looks fresh and stylish. Also, it offers one of the nicest cabins in the class, as well as impressive handling for its size. Furthermore, we like its peppy turbo-four engine, as well as the fact that it ensures pretty good fuel economy. On the other hand, the biggest complaint goes to the interior space, as the third row is very tight, while the cargo area is small. 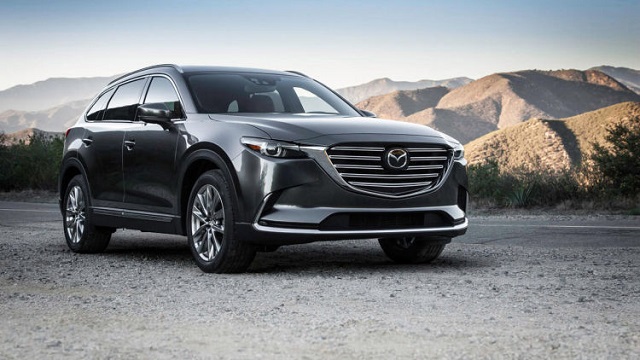 Considering that the 2023 Mazda CX-9 is expected to represent the final model year of the generation, we expect to see no bigger changes. In other words, you may count on familiar design characteristics. The styling will remain the same, which is not an issue, considering that it still looks better than most, much younger competitors.

Changes in terms of mechanics aren’t expected either. You may count on the same setup, which offers a quite impressive handling and agility, considering the model’s size. This crossover is even fun to drive, which is the word that usually doesn’t go along with three-row family haulers.

For the 2023 Mazda CX-9, we don’t expect to see updates, though it’s always possible to see smaller updates, such as new color options or optional packages.

This aspect of the car shouldn’t change either. So, you may count on the same, premium-like cabin layout, which offers impressive dashboard design and super-fine materials. The build quality is also pretty good, so we can say that we are talking about one of the nicest cabins in the class, even when compared with much younger rivals. 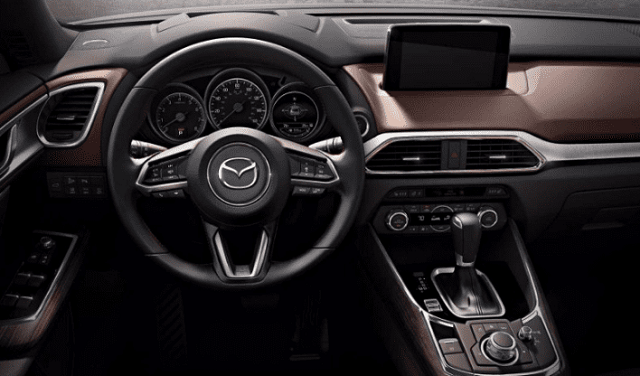 We also like the driving position, as well as pretty well-shaped seats, with good support and overall comfort. However, this doesn’t mean that CX-9’s interior is without flaws. Despite that this model features nearly 115.5 inches in wheelbase, it isn’t very generous with space. While the first two rows are typical for the class, the third row is really tight and can’t accommodate anyone but kids. The cargo area also offers low ratings for the class. You may count on about 14.4 cubic feet of space with all the seats up, 38.2 cubic feet behind the second row, and 71.2 cubic feet of the total volume.

Considering that this is going to be the final model year of the generation, we are pretty sure that no bigger changes will happen regarding the standard and available equipment. In other words, base models should continue with standard features like a 10.3-inch touch screen, Android Auto, Apple CarPlay, a six-speaker stereo, two USB ports, Bluetooth, tri-zone climate control, Wi-Fi hot spot etc. On the other hand, higher trim levels will offer upgrades like a navigation system, a 7-inch digital instrument cluster, wireless device charging, four more USB ports, satellite radio, 12-speaker Bose stereo, moonroof etc.

Under the hood, the 2023 Mazda CX-9 should continue with a well-familiar 2.5-liter turbo-four engine, which puts out around 227 horsepower if you use regular gasoline. With premium gasoline, you may count on a full 250 horsepower but in both cases, driving dynamics are pretty good. A 6-speed automatic transmission also does a decent job.

According to the latest reports, the 2023 Mazda CX-9 will be offered with all-wheel-drive only. If that happens, you may count on fuel economy that goes around 21 mpg in the city and 27 mpg on the highway, which is pretty good for a mid-size AWD SUV. 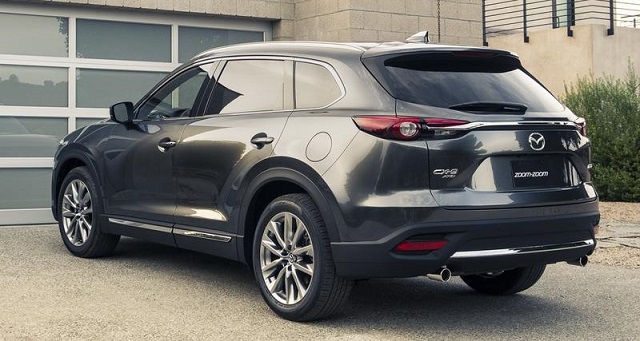 Since the 2023 Mazda CX-9 will probably represent the final production year of the current generation, we presume it will arrive sometime in the last quarter of 2022. Base models should go around 35.000 dollars. When it comes to the competition, some of the models that come to mind are Hyundai Palisade, Kia Telluride, Honda Pilot etc.