The original Xpander debuted almost five years ago and this was a perfect time for a mid-cycle update. Therefore, the 2023 Mitsubishi Xpander comes with notable changes, which should make it even more competitive in the developing markets. Speaking of the markets, this minivan is offered across Asia, South America etc.

This update brings various changes. The most notable are those in terms of the styling, as the new model gets revised front fascia. Furthermore, there are a few interior tweaks, which make the cabin look more upscale. On the other hand, the powertrain remains the same, with just one engine on offer.

We expect that the 2023 Mitsubishi Xpander will hit showrooms this fall. 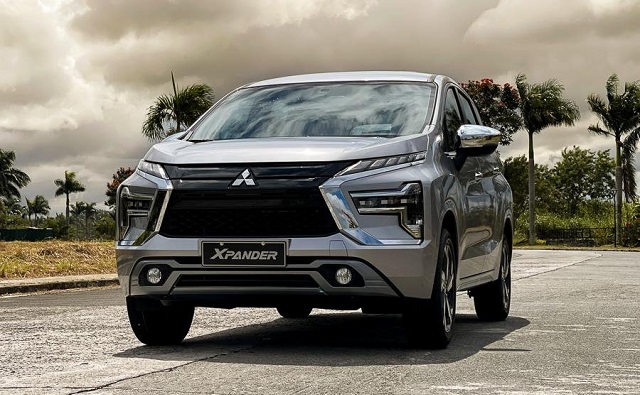 As we’ve just mentioned, the 2023 Mitsubishi Xpander received a facelift. The overall layout remains the same, so this model continues to feature a design that’s essentially a minivan but with a number of design solutions that are typical for crossovers. As a result, the design is quite attractive, especially when we compare it with other MPVs on the market.

For the next year, this model brings a new front-end design. While the grille hasn’t changed its shape, the inner design is different. More importantly, the headlights have been reshaped and now look even more futuristic. The bumper received a couple of revisions as well, while you may also count on 17-inch wheels, new color options etc.

Mechanically, things remained the same, which means that you may count on the same ride quality. This MPV is quite easy to drive, while the ride is comfortable. There are new dampers and strings, which increase ground clearance but reduce body roll.

This update brought a couple of interior changes as well. This particularly refers to the upholstery, as the seats now feature the new diamond pattern. Also, there is a new steering wheel, as well as new climate controls on the center stack. Other than that, most things remained the same. That means that you may count on a well-built interior, characterized by fine materials and good build quality. There is also a fair amount of tech features, including an intuitive infotainment system with a nicely designed tablet-like screen. The list of standard equipment also included goodies like navigation, smartphone integration, cruise control, a rearview camera etc.

On the other hand, the seating configuration remains the same. This is a three-row MPV that accommodates up to seven passengers. Considering that the wheelbase has remained the same, around 2,775mm, you may also count on the same amount of passenger space. The first two rows are spacious and comfortable, while the third row is tighter, though still quite functional.

The 2023 Mitsubishi Xpander brings no changes under the hood. Just like the previous model years, it will come with just one powertrain option in the offer. That would be a 1.5-liter inline-four engine, which doesn’t feature turbo or any other kind of forced induction. So, the max output goes around 103 horsepower and 141 pound-feet of torque.

While that’s a relatively modest amount of power, the bigger concern is the transmission choice, where you can pick either a 5-speed manual transmission or a 4-speed automatic gearbox. Both transmissions feel outdated by today’s standards, even in developing markets. 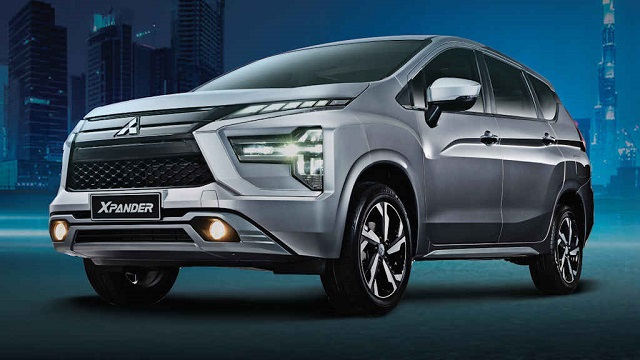 The updated 2023 Mitsubishi Xpander has just been presented. Moreover, it already debuted in a couple of markets, such as the Philippines. Other markets will receive the new model this fall. Speaking of the markets, this model is focused on developing countries. It is available in Southeast Asia, as well as across various countries of South America, as well as in South Africa.