Nissan’s most popular crossover has been redesigned last year and if we consider the company’s typical policy regarding updates and production cycles in general, it’s quite easy to conclude that things won’t change too much in the next few years. We are about to see a familiar layout in the 2023 Nissan Rogue, with familiar design characteristics and features. The only updates would see are few tweaks regarding standard equipment and other minor changes. Also, some sources speculate about the hybrid version, though the officials are still quiet on this matter.

All in all, you may count on familiar design and features that characterize the new generation of this compact crossover. The Rogue is spacious and comfortable and we particularly like its interior, which looks nice and luxurious. Also, the ride is relaxed and offers a high level of comfort on longer trips. When it comes to complaints, the biggest one is about the engine, which would use a little bit more power. 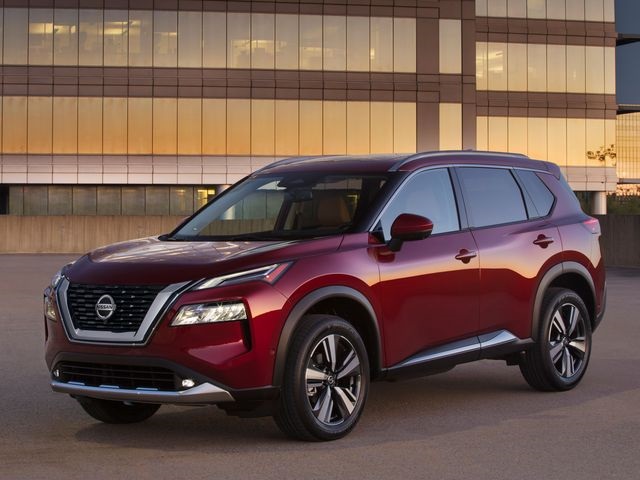 As we’ve just mentioned, it’s hard to expect any bigger changes for the 2023 Nissan Rogue. Few new features could be offered here and there but the overall design will certainly remain the same. We are about to see a familiar layout, which has brought a completely new styling last year. The new model looks far more attractive, as it follows the brand’s latest design language and the latest iteration of the famous V-Motion grille.

On the other hand, the mechanical aspect hasn’t changed too much. The new model rides on the same CMF platform, though updates. The suspension setup is new but the ride quality is quite similar. This SUV is mostly about comfort and relaxed ride. If you’re looking for things like athletic handling and precise steering, then models like Mazda CX-5 or Ford Escape are a much better pick.

Things on the inside will also continue in the same way and that’s not a bad thing at all. The new generation looks great, especially when it comes to the new dashboard design, which utilizes high-quality materials and good overall build quality. Also, the aesthetics are really modern, while we also like the tech features, which aren’t just functional but also make the cabin look more upscale.

The Rogue is among the bigger models in the class. With 106.5 inches in wheelbase, it’s no wonder that it offers two quite spacious rows of seats. Both accommodate adults with ease, while the front seats are also massive and supportive, in a typical Nissan fashion. The cargo area is as impressive. You may count on about 31.6 cubic feet behind the second row and more than 74 cubic feet of the total volume. Those are some of the best ratings in the class. 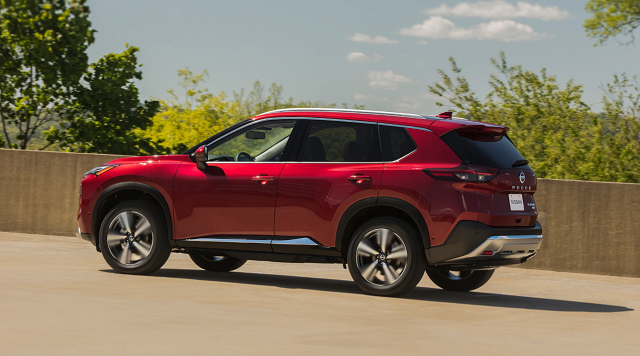 Things under the hood won’t change, at least when it comes to the base version. We count on a familiar 2.5-liter inline-four, which puts out around 181 horsepower and comes in pair with a CVT gearbox. The overall performance is okay for daily commuting. However, more ambitious drivers probably won’t be satisfied with the dynamics this engine provides. On the other hand, fuel economy is pretty good. You may count on about 27 mpg in the city and 35 mpg on the highway.

Some sources also speculate about the hybrid version for the next year. If this happens, we presume that Nissan would offer its new ePower technology, which combines gasoline and electric power in the way that electric motors run the vehicle, while the gasoline engine’s function is to charge the battery.

We believe that the 2023 Nissan Rogue will arrive sometime in the last quarter of 2022. When it comes to the price, base models should go around 27.000 dollars.