After the 2022 update, we are pretty sure that the current generation will remain in production for a few more years. The recent update has brought not just a new styling, but also nice interior updates, new tech features and even some new special versions. All these things should keep the current model fresh and competitive in the next few years, so we presume that the 2023 Ford Expedition will carry on in the same way. Of course, minor tweaks are always possible, in terms of new features, new color options and similar things.

You may count on an SUV that still has a lot of great things to offer. The Expedition is great in terms of passenger space, while the cargo volume is pretty impressive as well. Also, we like the infotainment system, as well as a long list of standard equipment. Also, the twin-turbo V6 ensures a good balance between performance and economy.

As there are no significant changes to come, we presume that the 2023 Ford Expedition will hit the market sometime late in 2022.

Design-wise, the 2023 Ford Expedition will carry on in the same way. The current generation has been around for a while but still has a lot of good things to offer, especially after the recent update. There is a new styling, which brings a new front end design, with new headlights, new grille, bumper etc. That’s why we don’t expect to see more significant updates for the 2023 model. Still, minor tweaks like new color options and new visual packages are always welcome.

Mechanically, the recent update hasn’t brought any notable changes. The overall design is pretty much the same as in the initial model, which arrived four years ago. The all-aluminum chassis ensures massive weight savings and good efficiency, but we have the say that the suspension setup could have been done better. The ride is a little bit harsh compared to other SUVs in the class.

The 2023 Ford Expedition interior shouldn’t change either. The recent update has brought a couple of improvements, especially in terms of materials and overall build quality. Also, sound insulation feels a little bit better, while new tech features make the cabin look more upscale than before. 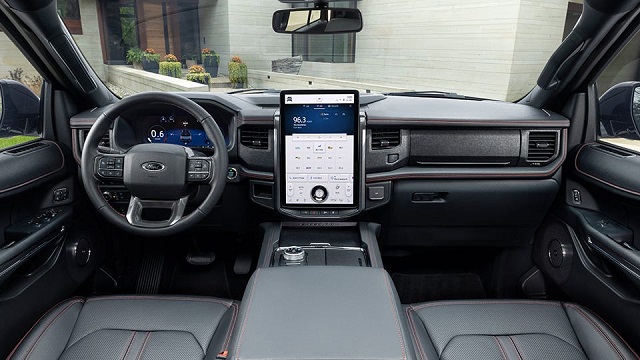 Still, the strongest point of this cabin isn’t the build quality and opulence, but the amount of passenger space. Of course, three rows of seats are standard and what’s more important, all three are spacious enough to accommodate adult passengers. The first two are very generous, while the third row can be pretty functional as well.

Novelties in terms of new features are always possible but given the recent update, we don’t expect too many changes. The recent update has brought a lot of interesting novelties. One of them is a new infotainment system. Base models come with a 12.0-inch touchscreen, with the new SYNC 4 infotainment. Among new features, it also includes wireless Apple CarPlay and Android Auto smartphone integration. In more expensive variants, you can get an even bigger, vertically-oriented 15.5-inch touchscreen.

Among big novelties that were introduced with the recent update, there is also a new system called BlueCruise. This semi-autonomous system allows hands-free driving on a highway, in a similar way as GM’s Super Cruise system. 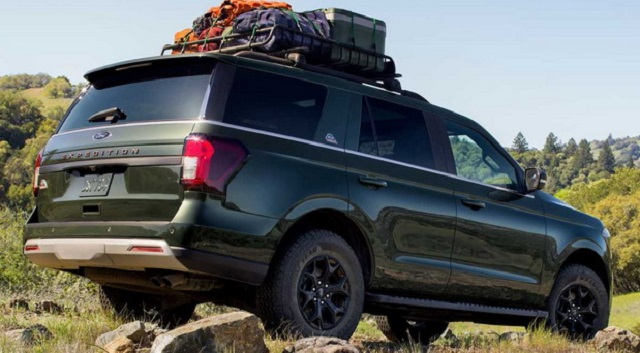 All three variants come with a 10-speed automatic transmission. Rear-wheel drive is standard, while the 4WD layout is available too. When it comes to fuel economy, all models feature similar ratings, up to 17 mpg in the city and 23 mpg on the highway. The max towing capacity goes up to 9.300 pounds.

We expect that the 2023 Ford Expedition will hit the market sometime in the second half of 2022, with a starting price of around 52.000 dollars. Of course, key competitors are models like Chevy Tahoe, Toyota Sequoia, GMC Yukon etc.