The automotive industry is all about electrification these days and such vehicles not just practical economy cars anymore, but luxurious models are coming as well. We can already see all-electric crossovers from Mercedes-Benz, Audi, Jaguar etc. Therefore Infiniti won’t be an exception and that’s why Infiniti QX Inspiration Concept has been presented last year. Therefore, we could see something similar in serial production in the near future. At this point, we don’t know too many technical details about the concept, so it’s hard to say what to expect from that side in the near future. 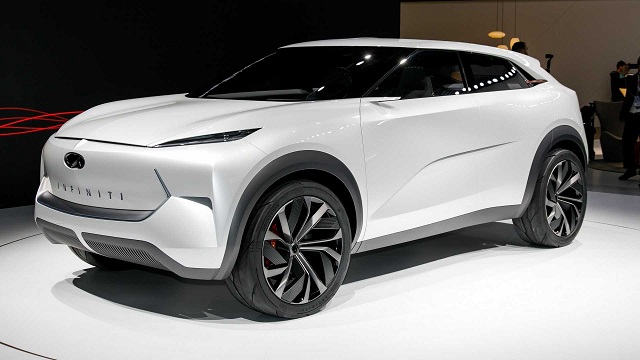 When it comes to the exterior design, the first thing that comes to mind is the exterior design. One look and you can see that this concept takes plenty of styling solutions from the previous Q Inspiration concept. Therefore, you may count on the same front end, while the rest of the body combines Infiniti’s typical curvy lines with a couple of pretty sharp details. Also, the concept features a bit of a sloping roof that provides that couple-like loot. When it comes to exterior dimensions, the Infiniti QX Inspiration Concept is 183.1 inches long, 64.2 inches tall, and rides on a 112.2-inch wheelbase. This is pretty much the same as what you get from compact luxury crossovers, such as Mercedes-Benz GLC, BMW X3 etc. However, the fact that we are talking about an all-electric model allows shorter overhangs, which in practice means more interior space and several other benefits.

From this aspect, the Infiniti QX Inspiration Concept is extremely luxurious. One of the first things that you’ll notice is that the flat floor provides lots of open space. Also, the amount of legroom is impressive, so the rear bench looks more like a sofa. The front seats are as impressive and thanks to loads of fantastic soft-touch materials, this cabin looks more like a living room than a car. When it comes to the dashboard, you can notice loads of screens, which cover the whole width of the dash. On far sides, there are screens that work like side mirrors, while the huge one is positioned on the center stack. Finally, there is a digital instrument cluster, as well as a small screen on the steering wheel. All in all, things look really fantastic and it’s really hard to find any weak point inside this great-looking concept. 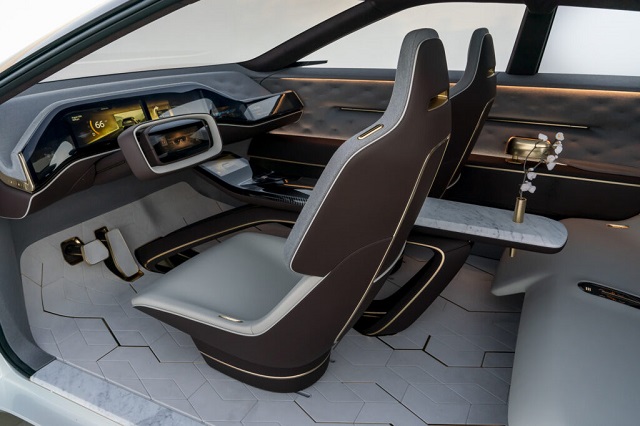 When it comes to the drivetrain, we didn’t hear any numbers but from what we know, things sound quite typical for today’s industry standards. The Infiniti QX Inspiration Concept rides on the company’s new platform, which will be used for the upcoming electric cars from Renault Nissan Alliance. The battery pack is positioned beneath the floor and doesn’t compromise interior space at all. The concept comes with two electric motors, one for each axle, which provides a so-called e-AWD system. Details about power and range are still a mystery. Still, we count on competitive numbers, considering that the competition is getting really tough these days. 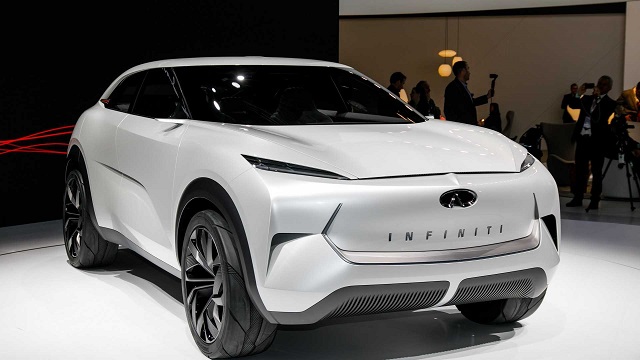 As the name says, the Infiniti QX Inspiration Concept is just a concept. So, it’s hard to make any predictions about the future. This model probably serves just as a kind of introduction of new technologies. Therefore, we probably won’t see it in production, but something similar will definitely come in the near future. We count on more details in the near future.