Unlike the arch rivals, BMW and Mercedes-Benz, which are present in the full-size SUV segment for years, Audi still doesn’t compete in that class. However, this will probably change pretty soon, considering that the latest reports suggest the 2022 Audi Q9 is on the way. This should be the brand’s new flagship model, which will compete with models like X7 and GLS. At this point, most of the details are still unknown, so we can only speculate.

Despite that the Ingolstadt company tries to keep most details a secret, we know that the testing model has been on the road for a while. Of course, it still wears a camouflage, but some of the details can be seen. Also, we presume that the mechanical aspect won’t be significantly different compared to mid-size siblings, particularly in terms of the platform. Finally, the engine lineup shouldn’t bring any surprises.

While some sources believe this model could arrive by the end of this year, we believe that the next year sounds more likely. 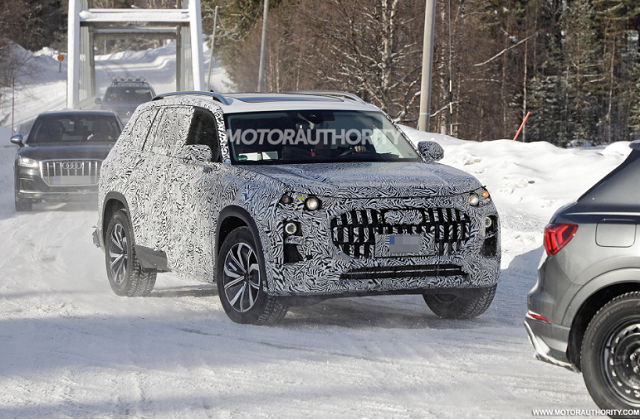 When it comes to base design characteristics, we don’t expect surprises. This model will ride on a familiar MLB platform, which already underprints smaller siblings like Q7 and Q8. Of course, it will be stretched for this occasion, in order to meet full-size proportions. The wheelbase will be longer and we expect typical numbers for the segment, which currently go around 121 inches between the axles. Of course, other dimensions will be augmented as well.

The chassis setup is where we expect to see upgrades. This particularly refers to the suspension setup, and we have no doubt that many solutions will be borrowed from even more upscale relatives, such as Bentley Bentayga. Of course, an adjustable air suspension should be on the list of standard features.

When it comes to styling and exterior design in general, the test mule still wears a heavy camouflage, so it’s hard to talk about details. On the other side, we can talk about basic things, such as the overall shape. For example, we can see that the body style is quite similar to the Q7 model. That wagon-like body is here, just in a bigger package. 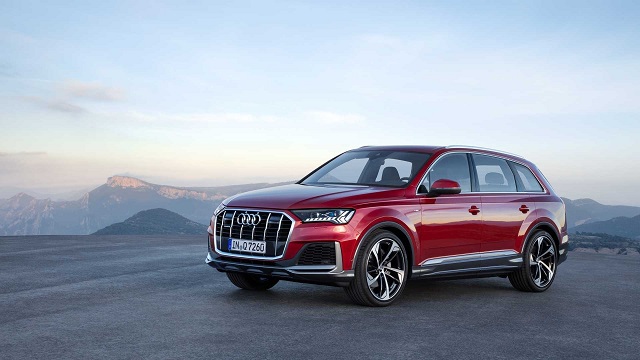 Also, it’s pretty easy to conclude that Audi won’t experiment with this model. Since this will be a new flagship model, we expect nothing but proved aesthetical solutions, mostly borrowed from the Q8. This particularly refers to the front face, which would use the same approach, with all those sharp lines and shapes. Of course, there is always room for exclusive details and as a flagship model, the 2022 Audi Q9 will definitely come with some of them.

This aspect definitely won’t bring bigger surprises. Audi knows how to make excellent interior and the 2022 Audi Q9 shouldn’t be any different. We presume that designers will use a proven recipe we can see in models like A8 and Q8, which is mostly about combining conservative shapes with modern tech features. As usual, we count on high-end materials and excellent build quality.

Besides luxurious design, this cabin will also be spacious and practical. With around 121 inches in wheelbase, we have no doubt that there will be plenty of passenger room. Also, we expect that the third row will be adult-friendly, which isn’t the case with the Q7. The same thing goes for the cargo area, which offers below-average ratings in the mid-size sibling. 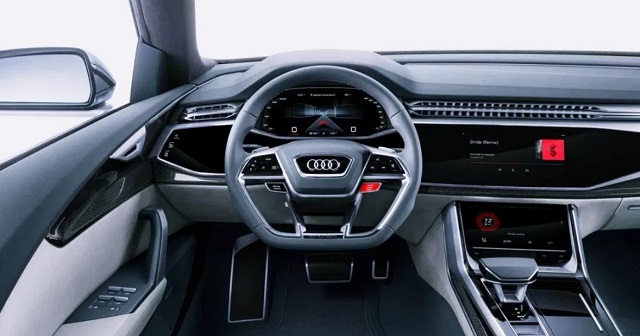 We count on familiar engine options in the offer for the 2022 Audi Q9. So, base versions should come with a familiar 3.0-liter turbo V6, which puts out around 335 horsepower. We count on the famous RS version as well and that model would use a 4.0-liter twin-turbo with nearly 600 horsepower.

Hybrid versions are expected as well, while we have no doubt that European versions will be offered in diesel variants too. This refers to both V6 and V8 units.

As we already mentioned, some believe that the 2022 Audi Q9 could arrive already by the end of this year. However, the next year sounds more likely to us. When it comes to the price, we count on typical numbers for the class, which means that base models should go around 75/80.000 dollars.