The ZR2 has always been one of the most off-road capable compact pickups and we are pretty sure that the 2022 Chevy Colorado ZR2 will continue in the same way. After the last year’s refresh, we have no doubt that the current model will remain in the same form for another few years. This means it will come with familiar design characteristics, as well as with all the updates from the last year. Eventually, we could see minor updates in terms of new color options and similar things, but the overall layout will certainly remain the same.

So, you may count on a pickup truck that may seem old in some aspects but definitely has a lot of great things to offer. We particularly like all those off-road upgrades, but also things like a strong engine, good driving characteristics and solid max towing capacity.

As there are no significant changes to come for the next year, we are pretty sure that the 2022 Chevy Colorado ZR2 will hit the market in the last quarter of 2021. 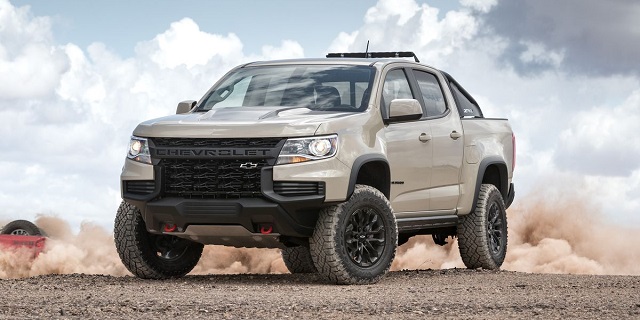 In terms of base design characteristics, this model isn’t particularly different from the standard version. We are talking about the same design, which has been around for a full decade. However, keep in mind the last year’s refresh, which has brought a lot of interesting novelties, particularly in terms of the styling. This particularly refers to the ZR2 model, which came with more novelties than other versions. There is a new front end, with a massive black mesh grille and a completely redesigned bumper. Also, you can find nice details like red tow hooks, new wheels etc. So, we presume that the 2022 Chevy Colorado ZR2 will carry on with the same appearance, though we won’t exclude the possibility to see things like new color options.

The thing we think it’s more interesting is the off-road hardware that can be found under the skin. Of course, the first thing that comes to mind is the suspension, which includes off-road dampers, higher ground clearance etc. Furthermore, you may count on a standard 4WD, a two-speed transfer case with cage and skid plates under the body. Also, the list of standard features includes full locking differentials, on both axles.

On the inside, you can also see a couple of exclusive features. For example, this version comes standard with black upholstery and power-adjustable driver’s seats. Also, you may count on a trailer brake controller. Other than that, things look pretty familiar. This cabin hasn’t been updated for a decade, so it’s no wonder that it looks outdated and that most of the surfaces are covered with hard plastics. Still, the build quality is decent and we have no doubt that all those hard-touch surfaces will last for years. 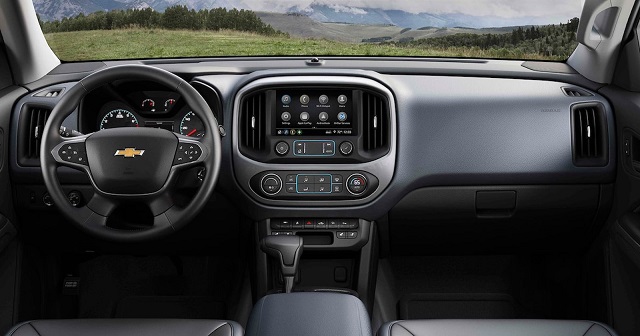 Also, most rivals offer a little bit more space on the inside, while seats would definitely use more support. When it comes to the infotainment system and other tech features, this model stands pretty well. You may count on an 8-inch touchscreen, Apple CarPlay, Android Auto, HD Radio, navigation, Bluetooth, wireless charging, Wi-Fi hotspot etc.

On the other side, the number of safety features isn’t that great. You may count on a rearview camera, cruise control, forward collision warning and lane departure warning.

The 2022 Chevy Colorado ZR2 will continue with two familiar engine options in the offer. Base models use a powerful 3.6-liter V6, which puts out around 310 horsepower and 275 pound-feet of torque. It comes in pair with an 8-speed automatic transmission and driving dynamics are pretty good.

However, this engine is quite thirsty, so an optional 2.8-liter turbodiesel is definitely worth considering. It comes in pair with a 6-speed automatic transmission and puts out 181 horsepower and 369 pound-feet of torque. Although it’s not particularly refined, it has a couple of strong points, especially in terms of the massive torque, which makes it better for off-roading. Moreover, it also provides higher max towing ratings.

Since there are no bigger changes to come, we are pretty sure that the 2022 Chevy Colorado ZR2 won’t arrive before the last quarter of the year. The price should also remain the same as for the current model, which starts at around 42.000 dollars. Models like Toyota Tacoma TRD Pro and Jeep Gladiator Rubicon are some of the key competitors.