The last year’s redesign of Buick’s compact crossover has brought a lot of novelties. The new generation brings improvements in nearly every aspect and once again, fills that small gap between mainstream and premium segments. Logically, the second production year won’t bring bigger changes but that doesn’t mean we won’t see novelties. The 2022 Buick Envision will bring smaller updates, such as new colors, features and similar things. Other than that, things should remain pretty much the same.

This means you may count on a crossover that offers a smooth and comfortable ride. Furthermore, we like its exterior design and a pretty long list of standard and available features. The best thing is that all this comes at a pretty affordable price.

Still, there are few drawbacks as well. Performances should be way better, whether it’s about handling or acceleration. Also, we would definitely expect to see a little bit higher level of interior quality. 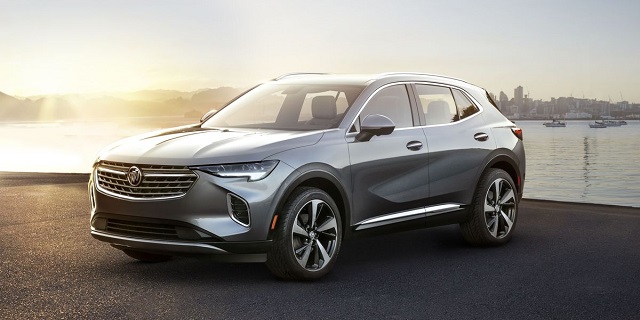 When it comes to base design characteristics, the recent redesign has brought pretty much we expected to see. The new model rides on GM’s familiar E2 platform and measures nearly 110 inches in wheelbase, which is quite typical for the segment. The visual appearance is probably the strongest point of the new model, as it looks really amazing. Unfortunately, the chassis setup doesn’t follow aesthetics and the crossover feels a little bit lazy. This SUV definitely won’t provide you with too much fun but on the other side, it offers a very comfortable ride.

When it comes to novelties for the next year, we know a couple of interesting things that are about to come. The biggest novelty is a new Sapphire Metallic exterior color. There are also new 18-inch wheels reserved for higher trim levels.

Of course, the recent redesign has brought a new cabin design as well. The new interior looks very attractive and the overall quality also seems good, until you compare it with rivals. The fact is that other premium crossovers offer finer materials and better build quality. So, we would put Envision rather on par with higher trim levels of models like Mazda CX-5 and VW Tiguan. 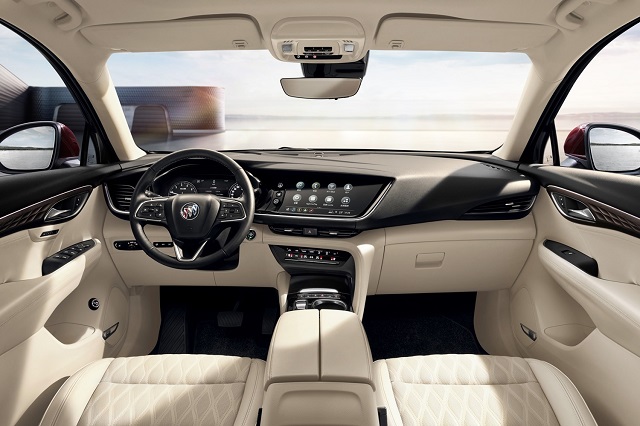 Thanks to the pretty long wheelbase, the amount of passenger space is more than generous. Adult passengers can accommodate with ease in both rows, while the cargo area also offers some pretty decent numbers. The driving position is good, as well as the visibility.

Things under the hood will certainly remain the same. The 2022 Buick Envision will carry on with a 2.0-liter turbo-four, which puts our 228 horsepower and 258 pound-feet of torque. The power is sent to front wheels via 9-speed automatic transmission, while the AWD is available across the whole range of models.

With such power, the Envision needs around seven seconds to hit sixty, which should satisfy most drivers. More importantly, fuel economy is really good and goes around 24 mpg in the city and 31 mpg on the highway. Of course, AWD models are slightly thirstier. 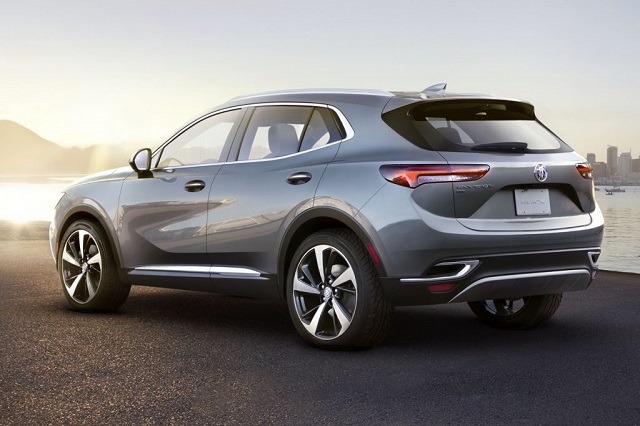 We expect to see 2022 Buick Envision sometime in the second half of the year, with the starting price of around 33.000 dollars. When it comes to the competition, we see more expensive versions of Mazda CX-5 and VW Tiguan as potential rivals, as well as models like Acura RDX.