2022 Honda CR-V Redesign: Everything We Know So Far

The class of compact crossovers is probably the most competitive segment of the automotive industry today. These days, we have dozens of excellent models on the offer but the CR-V still remains one of the key players in the game, with sales numbers that go around 350.000 units every year. Naturally, the Japanese manufacturer wants to keep that state, so the redesign is on the way. The latest reports suggest that the 2022 Honda CR-V will come completely redesigned.

At this point, we still don’t know the details but the testing model has been spotted on the road and we can see some of the key design solutions. The new model looks a little bit different but knowing the importance of this model for Honda, we are pretty sure that there won’t be too many radical changes. Details about the launch date are yet to come. Still, we presume that the new model will hit the market sometime in the second half of the year. 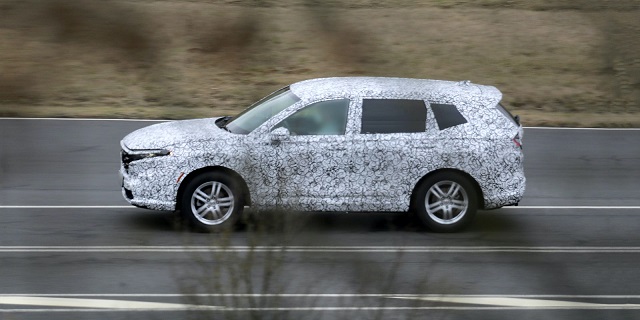 As we’ve just mentioned, this is one of the most important models for the Japanese manufacturer. Along with Civic, it is the best-selling Honda in North America, so there is no doubt that the company’s engineers and designers are taking this redesign with special attention. Also, we are pretty sure that the changes will be mostly evolutionary and that Honda won’t change the winning formula.

In practice, this means that the new platform will be the same one as in the upcoming next-generation Civic. We expect to see a lower center of gravity, better driving characteristics and general improvement in terms of performances. More details should be known in the near future.

Of course, the exterior design is one of the things that draws the most attention. At this point, the test model still wears a camouflage but despite the cover, it shows some of the new styling solutions. The first we’ve noticed is that the hood is longer and lower compared to the outgoing model. The front overhang also seems longer, which all promises a sportier appearance of the new model. At the front, we can see narrow headlights and a prominent grille, both inspired by the current-generation Accord.

The rest of the vehicle features a rather conventional shape. Also, the overall dimensions look pretty similar. This leads us to the conclusion that the amount of interior space will be rather similar. Some sources also suggest the possibility to see a version with a stretched wheelbase, with three rows of seats. 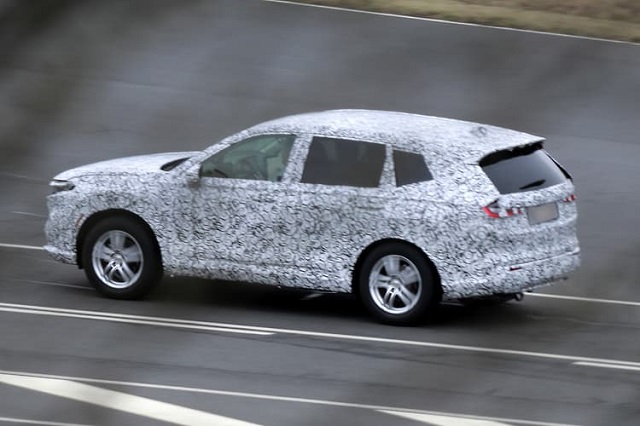 Interestingly, spy photographers managed to take a few photos that show a little bit of an interior. From what we can see, the cabin will feature the same or similar layout as the new Civic. We can easily see a tablet-like touchscreen, which will dominate the dashboard. Furthermore, the dashboard looks pretty clean and elegant.

Other than the new dashboard design, the cabin should continue with the high level of practicality and functionality that characterize the current generation. To remind you, the current generation features one of the biggest cargo areas in the segment, as well as a couple of very spacious rows of seats. As we already mentioned, a three-row version will probably come as well.

When it comes to the powertrain, we probably won’t see bigger changes. The current model comes with a 1.5-liter turbo-four engine with around 190 horsepower and we presume that the new 2022 Honda CR-V will use the same engine. There is also a hybrid version, which combines a 2.0-liter inline-four with a couple of electric motors, for a total output of 212 horsepower. Both powertrain options come in pair with a CVT gearbox.

We presume that the new generation won’t be substantially different in this aspect, though we will probably see a little bit more power in both cases, while improvements in terms of efficiency are expected as well. 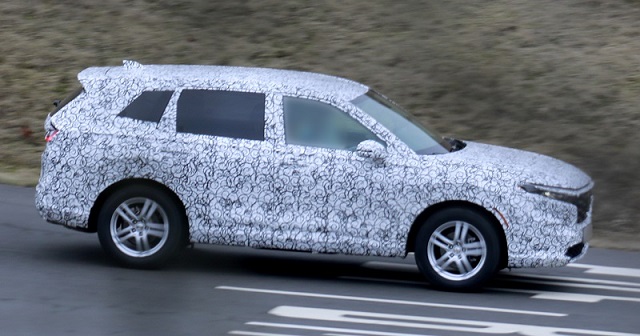 Although the exact launch date is yet to be specified, we expect that the 2022 Honda CR-V will hit the market sometime in the second half of the year. The current model starts at around 26.000 dollars and we presume that the model could feature a slightly higher price tag. Key competitors are models like Toyota RAV4, Nissan Rogue, Subaru Forester etc.