The new generation of the popular full-size SUV is here. The recent redesign has brought a lot of improvement and the new model is way better than before. It features new styling, rides on a new platform and generally offers way more than its predecessor. So, you probably wonder if there is something new to come for the 2022 Chevy Tahoe, which will represent the second production year. Well, most of the things will remain the same, but there are reports that suggest we could see some new variants in the offer, particularly in terms of an off-road version. At this point, we are still waiting to hear something from the officials.

The rest of the model will remain the same. You may count on an SUV that offers plenty of passenger and cargo space, an intuitive infotainment system and an engine lineup that includes some pretty peppy options. When it comes to drawbacks, most critics complain about the ride quality. Honestly, it is a little bit stiffer compared to rivals. 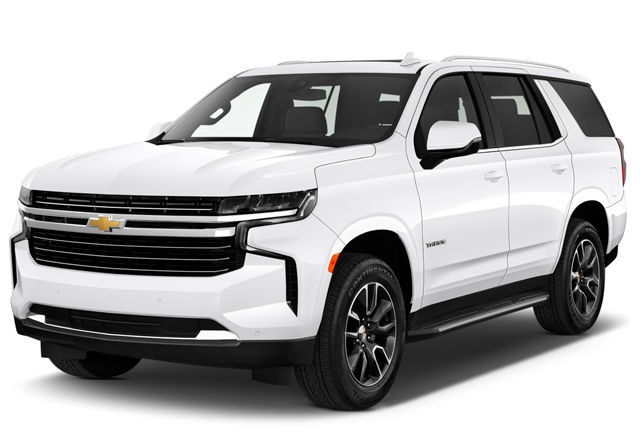 As we’ve just mentioned, the recent redesign has brought a lot of improvements. The new model rides on GM’s latest T1 architecture, which has provided some massive weight savings. So, the new model rides better and it is also more efficient. Also, it looks way better thanks to the new styling, which takes a lot of inspiration from the new Silverado, especially at the front.

So, the 2022 Chevy Tahoe will definitely carry on in the same way, at least when it comes to standard models. On the other side, we can hear rumors about the possible addition of the Z71 version, which would come with a lot of upgrades. Of course, we are talking about the off-road hardware, such as new suspension, off-road tires, two-speed transfer case, skid plates, hill descent control and similar things. We also count on a couple of exclusive visual details.

Interior changes definitely won’t happen. The recent redesign has brought a new interior layout, which looks way better than before. Although there are still some surfaces with hard plastics, the overall quality is pretty good. We also like the dashboard design, which looks modern and is highlighted by a tablet-like touchscreen, which runs a pretty intuitive infotainment system. 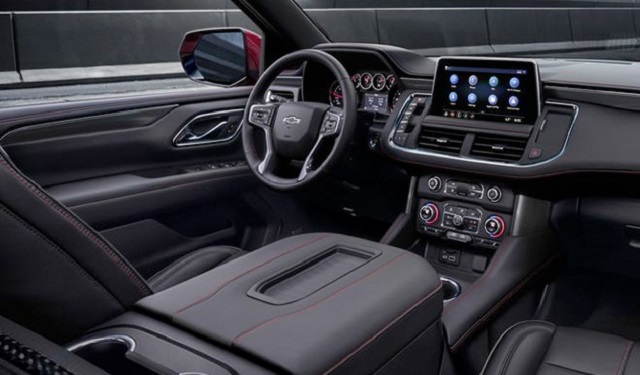 Still, the best thing about this cabin is the amount. Compared to the previous generation, there is more legroom in all three rows and for the first time, Tahoe can actually accommodate eight adults with ease. Furthermore, the driving position is good, as well as the visibility. When it comes to the cargo area, you may count on 25.5 cubic feet of space behind the third row, 72.6 cubic feet behind the second row, and a total of 122.9 cubic feet with both rows folded down. Those are amazing numbers for the class, way better compared to standard-wheelbase Expedition, which offers up to 104 cubic feet of the total cargo space.

Yearly updates usually bring a couple of new things to the list of standard equipment. So, the 2022 Chevy Tahoe should continue in the same way. Still, we are pretty sure that most things will remain the same as in the current model. For reference, the current model comes standard with tech goodies like tri-zone climate control, keyless entry, a 10.2-inch touch screen, wireless Android Auto and Apple CarPlay, six USB ports, Bluetooth, a Wi-Fi hot spot, a six-speaker sound system, satellite radio, and HD Radio.

The current list of options, and the potential candidates to become standard in the next year, includes things like navigation, a rear-seat entertainment system with two 12.6-inch touch screens and Wi-Fi capability, wireless device charging, and a nine-or 10-speaker Bose stereo.

While novelties in other aspects are possible, the powertrain department will definitely remain the same. We are about to see three familiar options, with the offer that starts with a 5.3-liter V8. This engine puts out around 355 horsepower and 383 pound-feet of torque and delivers quite decent driving dynamics. More ambitious drivers can opt for a 6.2-liter V8. This one is good for about 420 horsepower and 460 pound-feet of torque.

Those who care more about fuel economy can pick a 3.0-liter V6 turbodiesel, which is good for about 277 horsepower. It is also good for pretty impressive 460 pound-feet of torque, which ensures strong towing and payload capacities.

All three engines come in pairs with a smooth-shifting 10-speed automatic transmission.

Whether the new 2022 Chevy Tahoe Z71 arrives or not, we presume that the launch date will be scheduled for the last quarter of the year. We don’t expect a bigger price increase either, so base models should go around 51.000 dollars. Key competitors are models like Ford Expedition, Toyota Sequoia, Nissan Armada etc.