The next year will be particularly interesting for all those who like this compact crossover. Although the facelift was planned for the 2021 model year, it has been delayed, due to the coronavirus pandemics. Therefore, the one that is about to receive a lot of novelties is the 2022 GMC Terrain. For this occasion, we are about to see various kinds of changes, but most of them will be in terms of styling. Of course, novelties in other aspects are expected as well.

That means there are good reasons to wait for the 2022 GMC Terrain. Still, keep in mind that the overall layout will remain the same as in the model that initially arrived in 2018. Considering the changes, the new version should arrive earlier than usual. Some sources suggest the first half of the next year. 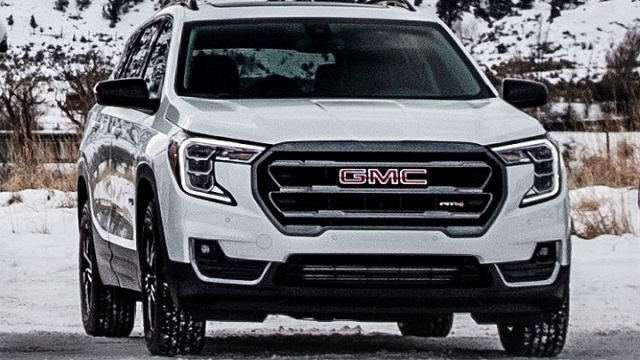 As we’ve just mentioned, the base design will remain the same. We are talking about the model that has been introduced three years ago, which represents the second generation of this nameplate. It will continue to ride on a familiar D2 platform and share most of its design characteristics with Chevy Equinox, which is also about to receive a facelift for the next year.

Aesthetics are where the fun begins. The 2022 GMC Terrain is about to come with a new styling, which will feature a lot of changes compared to the current model. Of course, most of them will come at the front. We are about to see a new front fascia, novelties in terms of new headlights, grille, bumper etc. On the other end, we count on new taillights and several more tweaks. All these new parts will be heavily inspired by the new Sierra and Yukon models. Of course, we also count on typical mid-cycle updates like new wheels, color options etc.

Changes on the inside are also possible. Still, we are pretty sure that the overall layout will remain pretty much the same. Simply, the current cabin already looks pretty good. It features a quite upscale look and comes mostly with fine, soft-touch materials, though there are a couple of areas with hard plastics. Therefore, the best we could see are some new interior color schemes and similar things.

On the other side, the overall cabin layout will remain the same. This means you may count on two quite spacious rows of seats, which are generous both in terms of head and legroom. When it comes to the cargo area, this crossover is kind of a mixed bag. On one side, the overall volume is pretty good, as it goes around 63.3 cubic feet. On the other side, things aren’t that great when it comes to the cargo space behind the second row, which goes around 29.6 cubic feet. 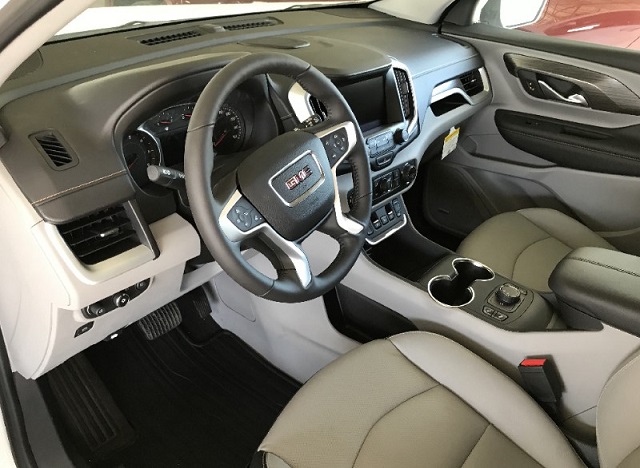 Without any doubt, this update will also bring novelties in terms of new features. We have no doubt that the list of standard equipment will be expanded. Still, we have to say that the current model already stands pretty well in this aspect. It comes standard with goodies like a 7-inch touch screen, four USB ports (including Type-C), Bluetooth, a Wi-Fi hot spot, and six speakers, as well as push-button start. Additionally, you can get things like an 8-inch touch screen, satellite radio, HD Radio, and navigation. Other optional features include a seven-speaker Bose audio system, a 110-volt household-style power outlet, wireless device charging and more.

On the other side, things under the hood will certainly remain the same. The 2022 GMC Terrain is about to carry on with two familiar gasoline engines in the offer, as the turbodiesel has been discontinued recently. Base models are equipped with a 1.5-liter turbo-four, which puts out around 170 horsepower. That’s a decent amont of power but if you’re looking for something really peppy, you should get an optional 2.0-liter turbo-four. This one is good for 252 horsepower and ensures pretty impressive driving dynamics.

We expect to see 2022 GMC Terrain sometime in the first half of the next year. Base models should go around 25.000 dollars. The competition in the segment is extremely tough. Some of the segment leaders are models like Toyota RAV4, Honda CR-V, Ford Escape etc.