2022 Subaru Forester Will Get Facelift and New Engine

The current generation of the legendary compact SUV has been around for a while and Subaru enthusiasts are eagerly waiting for the 2022 Subaru Forester model, which will receive a big update, according to the latest reports. It looks like we are about to see a mid-cycle refresh, which will include not just visual updates, but some substantial modifications as well.

Among them, one of the firsts that come to mind is a new engine. Reportedly, we will see a 2022 Subaru Forester with a turbo-four engine in the offer, which will significantly improve the driving experience. Of course, we also count on updates in terms of standard equipment, though the vast majority of changes will come in terms of the exterior design. The new model will come with new styling, while some interior changes are possible as well. Still, the overall layout will remain the same, so you may count on familiar design and driving experience. We expect to see this model sometime in the next year. 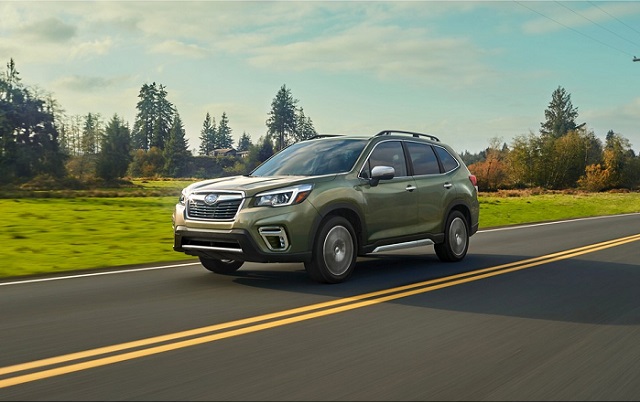 This update will be largely about visual updates. We are about to see a typical facelift, which should bring a couple of interesting novelties. Of course, most of them will come at the front, where we expect to see revisions in areas like grille, bumper and headlights. Still, don’t expect too much, not only because the current model already looks pretty good, but also because Subaru is well-known as a company that doesn’t change too many things during the production cycle. Other parts of the vehicle probably won’t changes too much, though there is always a chance to see typical mid-cycle updates, such as new color options, new wheels etc.

On the other side, the mechanical aspect of the vehicle will remain largely untouched. This is a quite fresh model, which rides on Subaru’s latest modular platform. Of course, it comes with the legendary AWD system, as well as with different drive modes, depending on terrain. Another thing we particularly like about this mode is that, despite being a crossover, it features notably higher ground clearance compared to most competitors in this class, so off-road performances are pretty impressive as well.

The cabin has always been one of the strongest points of this crossover. We have no doubt that things will remain the same in the 2022 Subaru Forester. We don’t expect to see too many changes compared to the current model. Simply, everything looks on its place and there is really no need for modifications at the moment. The materials are very fine, while the build quality is at an impressive level. Also, the dashboard looks very attractive, so the best we could see for the next year are things like new color schemes and additional tech goodies, which would make everything look even more opulent. 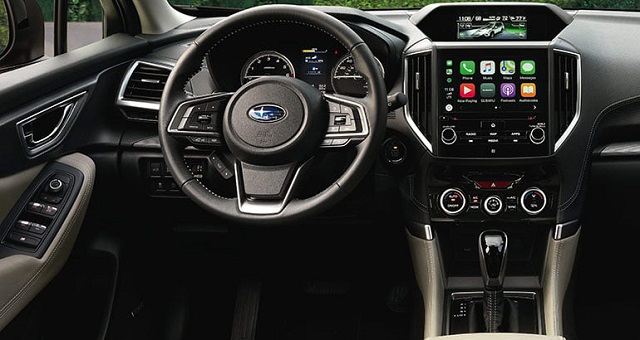 Another thing we like about this cabin is that the seating position is pretty high, in a typical SUV manner. That ensures excellent visibility, not just the frontal but in other directions as well.

The current model comes equipped with a 2.5-liter four-cylinder unit, which puts out around 182 horsepower. It comes in pair with a CVT gearbox and while the acceleration isn’t particularly great, you may count on pretty amazing fuel economy that goes around 26 mpg in the city and 33 mpg on the highway. Therefore, we have no doubt that this engine will carry on in the 2022 Subaru Forester.

Still, that doesn’t mean we won’t see novelties. While the officials are still quiet, many reports suggest that the Japanese manufacturer will offer a version with a new 2.4-liter turbo-four. This engine already powers models like Ascent, Legacy etc. It offers pretty impressive performances, as it is good for about 260 horsepower and 277 pound-feet of torque. It may be slightly detuned for this occasion but we have no doubt it will offer significantly better performances compared to the current engine, while keeping the efficiency at the same level.

Some sources also suggest a hybrid powertrain, though the company is still quiet on this matter. 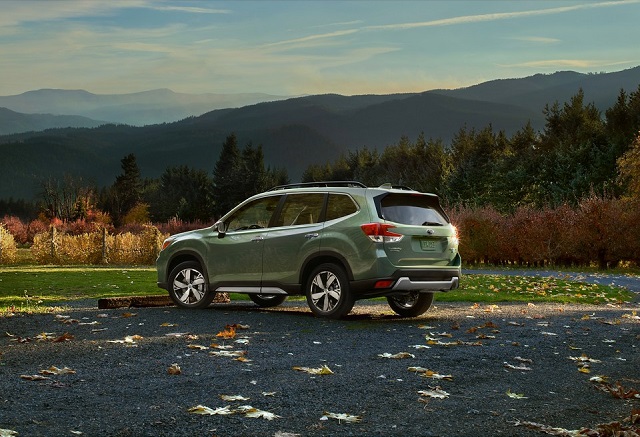 The 2022 Subaru Forester will arrive in the next year and we expect that will be earlier than usual, given the number of changes that are about to come. The starting price shouldn’t be significantly higher compared to the current model, which goes around 25.000 dollars. Key competitors are models like Toyota RAV4, Honda CR-V, Ford Escape etc.