The official details about the 2023 Chevy Equinox may not be available yet but if we consider production cycles of the previous generations, as well as the recent facelift, it’s quite obvious that the current generation will remain in production for some more time. This means that you shouldn’t expect bigger changes for the next year. Instead, you should count on the familiar design characteristics of a crossover that still has a lot of good things to offer.

All in all, you may count on a crossover that looks good and offers high predicted reliability ratings. We also like the spacious cabin, while the handling is surprisingly good. On the other end, the powertrain isn’t particularly inspiring, while the interior quality could be better. All in all, this is a quite average crossover, which offers a good balance between price and quality.

As no significant changes are about to come for the next year, we presume that the 2023 Chevy Equinox will hit the market sometime in the last quarter of 2022. 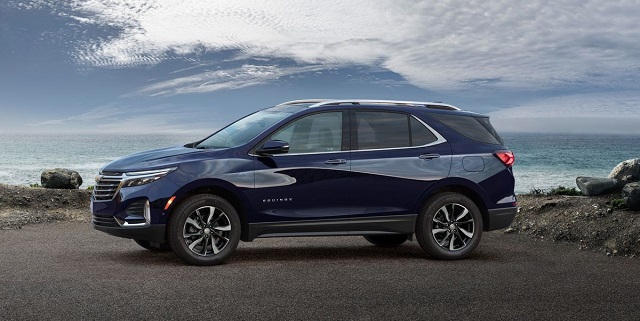 Design-wise, we don’t believe that the 2023 Chevy Equinox could bring anything more important. The current generation has been around since 2018 and if we consider the recent facelift, it’s obvious that it still has a lot of good things to show. The good-old E2 platform serves as a basis for this SUV and it provides a quite decent ride quality. This isn’t the most comfortable model in the class but the handling is surprisingly good, though definitely not on par with agile rivals like Mazda CX-5 or Ford Escape.

Styling-wise, the recent facelift has brought a new front end, with things like new headlights, a new grille and a bumper. With that said, we believe that the 2023 Chevy Equinox will continue in the same way, though there is always room for minor updates like new wheels, new color options etc.

The same thing goes for interior design. The recent update has brought a new, fancier gear shifter but most of the cabin remained the same. You may count on an attractive-looking cabin, which offers modern aesthetics and decent overall quality. Still, there are more areas with low-grade materials than you would expect in this segment.

On the other hand, there is nothing to complain about regarding passenger space. The current model is spacious and comes with two generous rows of seats that can adopt five adult passengers. Furthermore, the front seats are supportive, while the driving position is good. 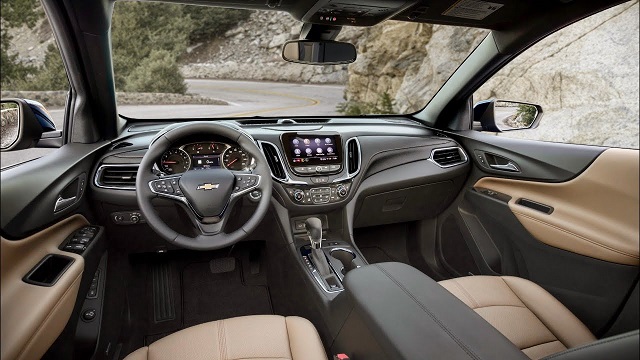 When it comes to the cargo area, you may count on about 30 cubic feet behind the rear seats and roughly 64 cubic feet of the overall cargo volume. That’s about average for the segment.

Novelties in this aspect are always possible but we don’t believe that too many changes could happen. In other words, most of the things should remain the same as in the current model, which comes standard with things like keyless entry, 7-inch touch screen, Android Auto, Apple CarPlay, four USB ports, a Wi-Fi hot spot, Bluetooth, voice recognition, and a six-speaker stereo. Additionally, you can get upgrades like an 8-inch touch screen, navigation, two additional USB ports, wireless device charging, satellite radio, HD Radio, a seven-speaker Bose premium stereo, and a rear-seat entertainment system, as well as goodies like remote start, dual-zone automatic climate control, a universal garage door opener, a panoramic roof, a household-style power outlet, an auto-dimming rearview mirror, and a color driver information display.

After the recent update, this compact crossover has remained available with just one powertrain option. The bigger 2.0-liter turbo-four has been dropped, so the only thing you can get is a 1.5-liter turbocharged engine, which puts out 170 horsepower. Obviously, the Equinox isn’t the fastest car to drive but on the other hand, you may count on pretty good fuel economy for the class. In numbers, that would be around 26 mpg in the city and 31 mpg on the highway. 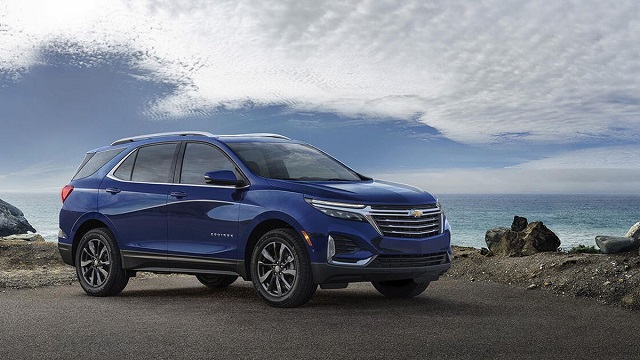 We expect that the 2023 Chevy Equinox will hit the market sometime in the last quarter of 2022, with a starting price of around 25.000 dollars. The competition in the segment is extremely tough. Some of the key players are models like Honda CR-V, Toyota RAV4, Nissan Rogue etc.