The current generation of Toyota’s popular mid-size SUV debuted for the 2020 model year and if we can trust the latest reports, big updates are coming for the fourth production year. Allegedly, the 2023 Toyota Highlander is about to come with several novelties. One of them is the introduction of a stretched version, which will come as the Grand Highlander. Other than that, we count on typical mid-cycle updates, which would include both styling and interior updates.

Despite the updates, the core of this large SUV will remain the same. You may count on familiar design characteristics and this SUV has a lot of good things to offer. We like its comfortable and well-built cabin, efficient hybrid powertrain, excellent safety score and high level of overall refinement. On the other hand, the biggest complaint goes to the cramped third row, but this issue will be solved with the new Grand Highlander. 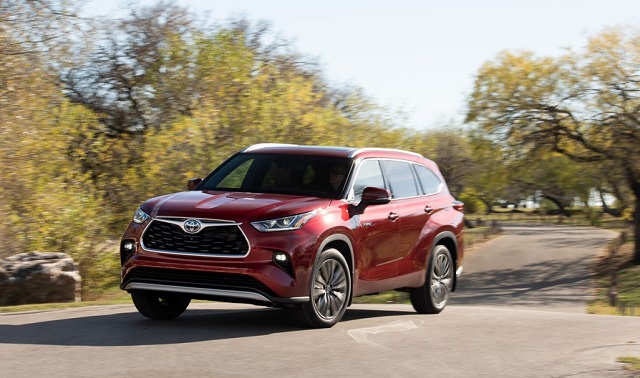 As we’ve just mentioned, the 2023 Toyota Highlander is expected to receive a mid-cycle update and the biggest novelty of this refresh should be a new, stretched version. The standard model didn’t grow too much and it features a little bit over 112 inches in wheelbase. That’s great in terms of maneuverability, but quite modest compared to rivals, and that results in a pretty tight third row. The stretched version should feature over 115 inches between the axles.

Other than that, the next year’s model could also come with a couple of interesting visual updates. We might see some revisions to the front end, in terms of the front fascia, grille etc. Typical updates like new wheels and color options are also expected. Finally, we won’t be surprised if we see a new appearance package on the offer. That’s becoming a pretty common thing among carmakers these days.

When it comes to interior design, the 2023 Toyota Grand Highlander will obviously bring more space. The longer wheelbase and more inches in total length will provide more space in the third row and make this SUV competitive with models like Chevy Traverse and Honda Pilot in this aspect. Of course, this size increase will also have a highly positive impact on the cargo volume. 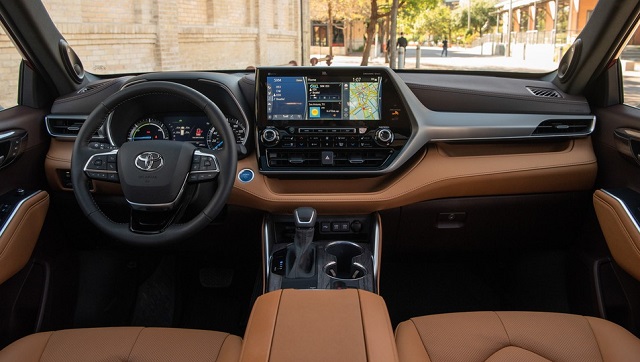 On the other hand, the standard Highlander should continue in the same way. You may count on a familiar cabin layout, but there is always a chance to see smaller updates. Some of the things that come to mind are dashboard revisions, which could bring new materials here and there, as well as a couple more tech goodies. All these things would make the dash look more upscale, though we have to say that the current one already looks pretty nice.

Naturally, novelties on the list of standard equipment are always possible. So, the 2023 Toyota Highlander should come with some of them too, though we don’t expect too much. Simply, the current model already stands pretty well in this aspect. It comes standard with goodies like tri-zone climate control, proximity keyless entry, an 8-inch touch screen, Android Auto, Apple CarPlay, Amazon Alexa, five USB ports, Bluetooth, satellite radio, a six-speaker stereo, and a Wi-Fi hot spot. Additionally, you can get goodies like a 12.3-inch touch screen, wireless device charging, navigation, 11-speaker JBL premium stereo, a moonroof, an auto-dimming rearview mirror, a universal garage door opener, a 7-inch digital instrument cluster display, ambient interior lighting, a household-style power outlet.

Under the hood, the 2023 Toyota Highlander will continue in the same way, featuring two familiar powertrain options. The first one is a 3.5-liter V6, which puts out around 295 horsepower. It has plenty of power to move this large SUV with authority. Also, we like the 8-speed automatic transmission, which is smooth and shifts on time. When it comes to fuel economy, you may count about 21 mpg in the city and 29 mpg on the highway, which is very good for the class. 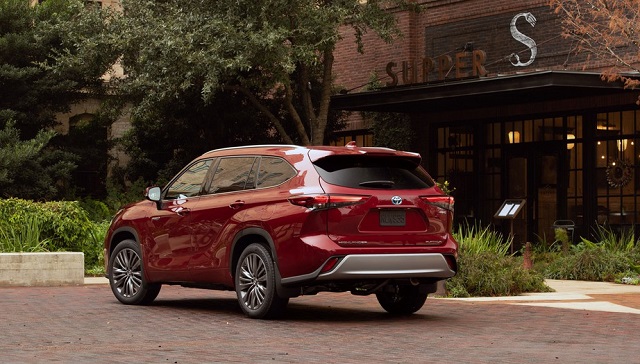 The second powertrain option is a hybrid, based on a 2.5-liter four-cylinder engine. This system delivers 243 horsepower, which is also enough to satisfy most drivers. The engine comes with a CVT gearbox, which isn’t everyone’s favorite but has a highly positive effect on fuel economy. You may count on about 36 mpg in the city and 35 mpg on the highway.

We expect that the 2023 Toyota Highlander will arrive sometime in the second half of 2022. When it comes to the price, base models should go around 36.000 dollars, while the new Grand Highlander will probably start at around 40.000 dollars.