The 2022 Chevy Blazer will represent the fourth production year of the revived nameplate and it looks like we won’t see too many changes on this occasion. Most likely, this will be a typical carryover model, which could bring minor updates only. This refers to things like a couple of additions to the list of standard equipment. Also, we won’t be surprised if we see a new color option or a couple, while even some kind of an appearance package doesn’t seem that unlikely.

You may count on a familiar layout. This crossover offers pretty good handling, while we also like the two available engine options, which are both powerful and efficient. Also, the list of standard and available equipment is pretty long. On the other side, we don’t like the cabin of this crossover. It looks kinda cheap, while the cargo area is also quite small for the segment. Since there are no significant changes to come, we presume that the 2022 Chevy Blazer will hit the market sometime late in the year. 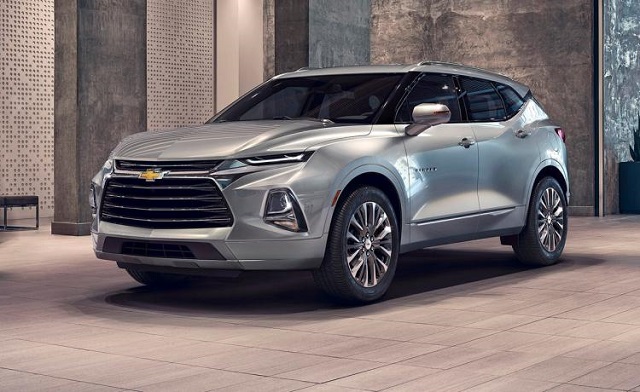 Although many car enthusiasts feel disappointed with the fact that the revival of the legendary SUV has brought nothing more but an ordinary crossover, we are actually talking about a pretty decent vehicle. The Blazer represents Chevy in the segment of mid-size crossovers with two rows and competes with models like Honda Passport, Ford Edge etc. It rides on a good-old C1 platform and shares most of its parts with GMC Acadia. This includes the wheelbase, which measures around 112.7 inches.

Visually, we haven’t seen any bigger change since the initial launch and that’s okay, considering that the model looks really good. It offers a Camaro-inspired styling, with a lot of sharp lines that make the model look very contemporary. No bigger changes should come for the 2022 Chevy Blazer, though new color options are always possible. Some sources also suggest the possibility of a new visual package in the offer.

Interior changes probably won’t happen either, and that’s something we don’t like. Although the dashboard looks nice with all those fancy Camaro-inspired design solutions, the overall quality isn’t that great. There are several areas with grey plastics, while most materials are actually hard to the touch. All in all, things feel a little bit disappointing for a vehicle of this class. 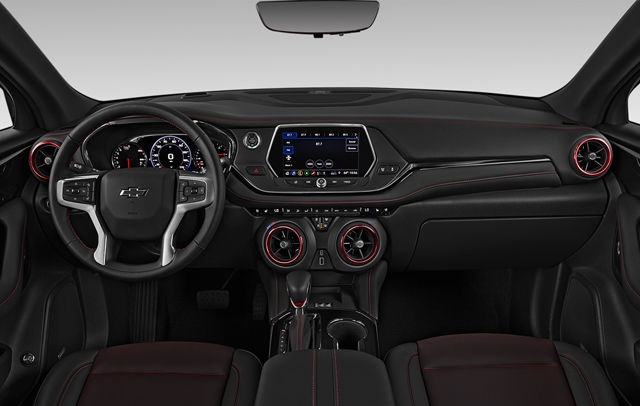 When it comes to the passenger space, things are pretty good. With nearly 113 inches in wheelbase, it’s obvious that both rows are generous with space. On the other side, we can’t say that for the cargo area. You may count on about 30.5 cubic feet of space behind the rear seats and 64.2 cubic feet of the overall cargo space. Although that’s a decent number in general, that’s actually less than you get from some compact crossovers, such as Honda CR-V or Subaru Forester.

Of course, there is a chance to see a couple of additions in terms of standard features. Still, we are pretty sure that things won’t change too much. The current model already comes with a decent list of standard equipment, which includes goodies like an 8-inch touch screen, a six-speaker stereo, Bluetooth, four USB ports, a Wi-Fi hot spot, Android Auto, Apple CarPlay, dual-zone climate control, keyless entry etc. Additionally, you can get goodies like a panoramic sunroof, navigation, wireless device charging, satellite radio, and an eight-speaker Bose sound system. 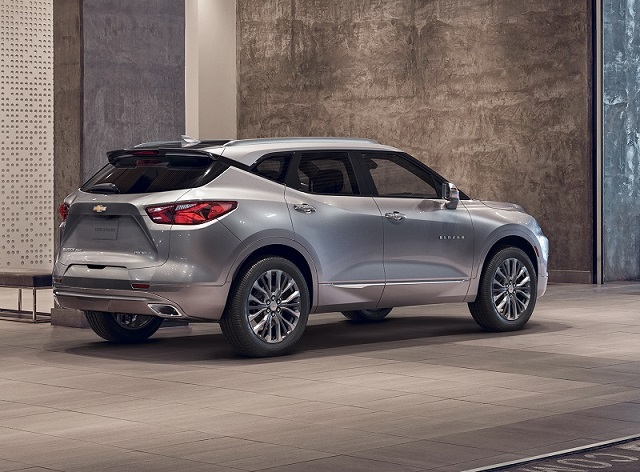 Things under the hood will remain the same, so you may count on three familiar engines in the offer. Base models will continue with a simple 2.5-liter four-cylinder, which is good for about 193 horsepower. If you’re looking for something that is both peppy and efficient, an optional 2.0-liter turbo-four with 237 horsepower should be your pick. It is quite peppy and offers a pretty impressive fuel economy. It goes around 22 mpg in the city and 29 mpg on the highway. Finally, there is a well-known 308-hp V6, which is more powerful, smoother but also a thirstier choice.

All three engines come in pair with a nine-speed automatic transmission, which does a decent job.

Since there are no bigger changes to come, the 2022 Chevy Blazer will arrive in a typical time. This would mean sometime in the last quarter of 2021. The base price should also remain the same as for the current model, which starts at around 29.000 dollars.