2023 Honda Passport Preview: What to Expect

After the recent 2022 update, which has brought a lot of new things, it’s quite obvious that the current generation of the revived SUV has a few more years before it gets a full redesign. Therefore, we are pretty sure that the 2023 Honda Passport won’t feature any bigger changes. Instead, it will continue in the same way, with familiar design and features. Of course, there is always a chance to see minor updates, such as new color options, more standard equipment and similar things.

All in all, you may count on a two-row mid-size SUV, which has a lot of great things to offer. We really like its spacious and comfortable cabin, as well as the impressive cargo volume. Furthermore, the build quality is great, while the powertrain is very refined, just like in any other Honda. Finally, the ride quality is at a pretty respectable level, while the SUV even offers a decent off-road potential.

As there are no significant changes to come, we presume that the 2023 Honda Passport will hit the market sometime in the last quarter of the year. 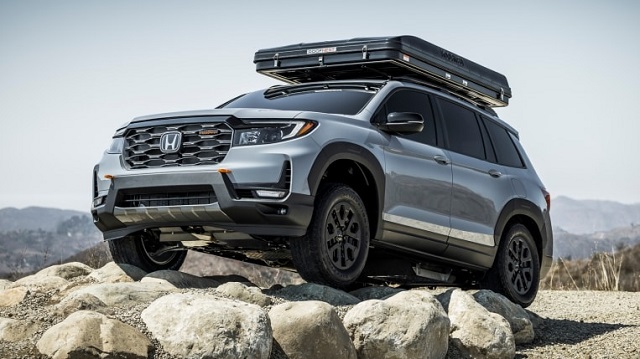 As we’ve just mentioned, the revived Passport has just received a facelift. The 2022 model has brought a lot of big novelties, starting from the new styling, which takes a lot of inspiration from the Ridgeline. This particularly refers to the front end, which looks bolder and way more aggressive than before. The grill is more massive, while the bumpers are sharper and more aggressive. All this made Passport look way more attractive than before.

Mechanically, the recent update hasn’t brought any changes. The 2023 Honda Passport will continue in the same way, with the design that’s heavily based on the Pilot. The two models feature the same wheelbase and share most of the parts, including most of the suspension components. As a result, we are talking about one highly comfortable SUV, which is perfect for longer journeys.

On the inside, the 2023 Honda Passport will also carry on without changes. That won’t be an issue, considering that the current model already stands pretty well in this aspect. It comes with a nicely designed dashboard, which also utilizes high-quality materials and a great fit and finish. The rest of the cabin isn’t much different either. Also, keep in mind that the recent facelift has also brought improvements regarding sound insulation, so this SUV is now quieter than before. 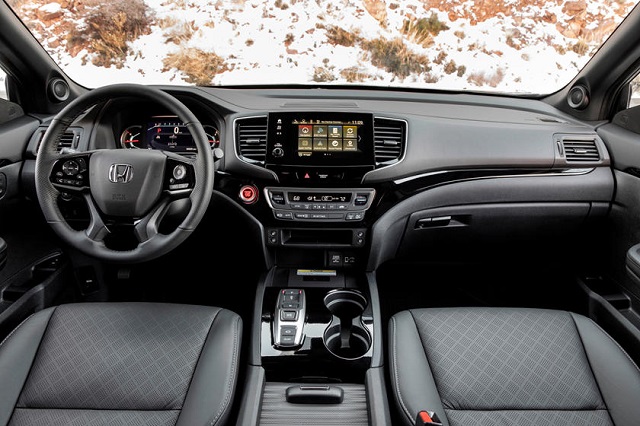 This SUV comes with two rows of seats and both are very generous with space and accommodate adults with ease. The front seats are massive and supportive, while the seating position is excellent. As the wheelbase is shared with the three-row Pilot, it’s no wonder that this SUV features the biggest cargo area among two-row mid-size SUVs. In numbers, that would be around 41 cubic feet behind the second row and 78 cubic feet behind the first row of seats.

As we already mentioned, the 2023 Honda Passport could bring a couple of novelties regarding standard equipment. Still, we are pretty sure that most things will remain the same as in the current model. So, base models should come standard with goodies like tri-zone climate control, moonroof, keyless entry, an 8-inch touch screen, Apple CarPlay, Android Auto, wireless device charging, HD Radio, satellite radio, a seven-speaker stereo, Bluetooth, and three USB ports. Among upgrades, we expect to see goodies like ambient lighting, a 120V power outlet, navigation, a 10-speaker stereo, and a Wi-Fi hot spot.

Things under the hood definitely won’t change. So, you may count on a well-known 3.5-liter V6, which puts out around 280 horsepower and 262 pound-feet of torque and comes in pair with a 9-speed automatic transmission. The whole system is smooth as butter, which driving dynamics are pretty good and will satisfy most drivers.

Base models come with front-wheel drive, while the AWD system is optional. When it comes to fuel economy, FWD models are good for about 20 mpg in the city and 25 mpg on the highway, which is about average for the segment. On the other hand, AWD models are slightly thirstier and ratings drop by 1 mph. 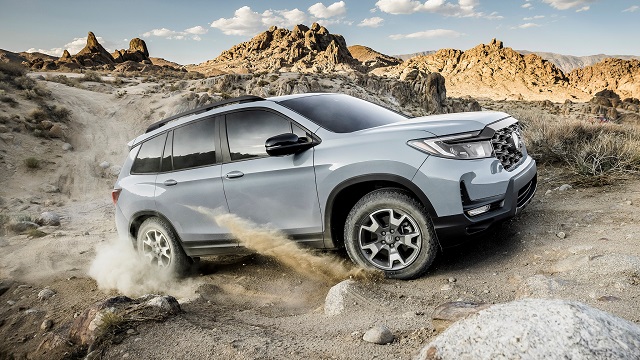 We expect that the 2023 Honda Passport will hit the market sometime in the last quarter of the year. The price shouldn’t be much different compared to the current model, which starts at around 39.000 dollars. Key competitors are models like Nissan Murano, Ford Edge, Chevy Blazer etc.