The all-new Lexus LX 600 has finally arrived, after so many years. The new version debuted for the 2022 model year, with tons of novelties. However, big novelties are expected for the second production year as well. From what we know so far, the 2023 Lexus LX 600 will bring a new off-road version, equipped with a full load of upgrades. Other than that, we believe that most things will remain the same, though there are also rumors about the hybrid powertrain, which would be eventually introduced.

In any case, you may count on a familiar design. This SUV has so many great things to offer, starting from excellent interior quality, a strong engine and a long list of standard equipment. We also like the new styling, while the ride quality has been significantly improved compared to the previous generation.

Despite the potential updates, we don’t expect to see the 2023 Lexus LX 600 much earlier than usual, but rather sometime in the last quarter of the year. 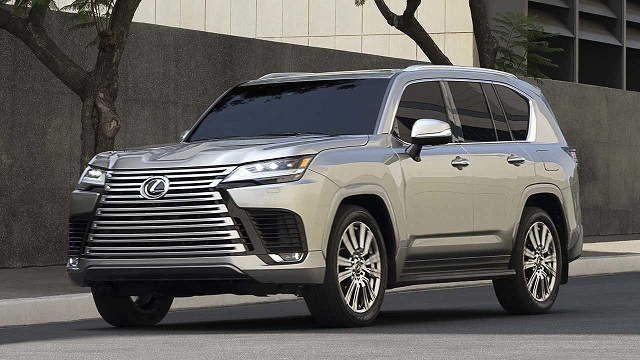 The 2023 Lexus LX 600 will represent the second production year of the new generation and therefore, we don’t expect to see any significant changes. The overall design will remain the same, based on the new TNGA-F platform, which has brought so many improvements. The new model is more than 400 pounds lighter, while the ride quality has been significantly improved as well. However, we are still waiting for the performance version, equipped with all kinds of off-road upgrades.

That version should come for the next year and from what we know so far, it will bring a lot of upgrades. While the base version comes with standard four-wheel drive, selectable terrain modes and crawl control, the new version will also add three locking differentials, reports say, along with many other upgrades regarding suspension, tires, skid plates etc. Some exclusive styling details should come too.

This aspect won’t bring any notable changes and that’s not a bad thing at all. Simply, the new cabin looks really amazing, thanks to the stylish dashboard, high-quality materials and a lot of attention to detail. The overall build quality is amazing, so the only thing we could see is slight revisions regarding color schemes and similar things. 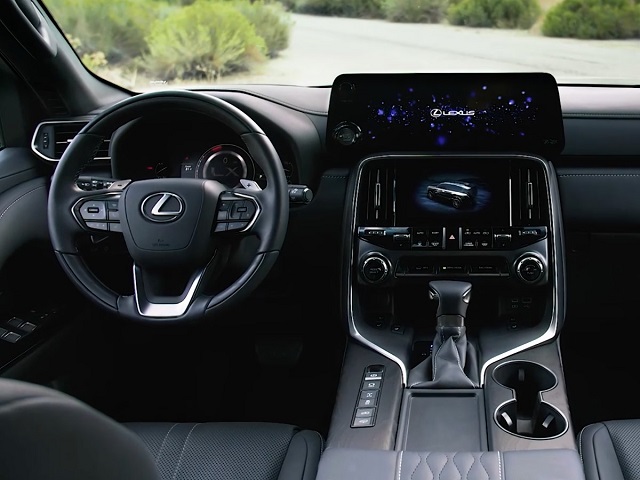 The front seats are massive and very comfortable, with great side support. The second row is also pretty spacious and accommodates adults with ease. On the other hand, we can’t say the same for the third row, with is very tight. Also, the cargo area is very small. You may count on no more than 11 cubic feet of space behind the third-row seats, 44 cubic feet behind the second row and 64 cubic feet of the total cargo volume.

Under the hood, the 2023 Lexus LX 600 will continue with the new 3.5-liter twin-turbo V6, which puts out 409 horsepower and 479 pound-feet of torque. The engine comes in pair with a 10-speed automatic transmission and offers solid driving dynamics and very good overall performance. Also, you may count on about 17 mpg in the city and 22 mpg on the highway, which is about average for the segment.

Some sources also speculate about the possible addition of the hybrid powertrain. Of course, this means we would see the same system that powers the new Tundra, with a total output of 437 horsepower and 583 pound-feet of torque. This system also comes coupled with a 10-speed automatic transmission.

We expect that the 2023 Lexus LX 600 will hit the market sometime in the last quarter of the year, with a starting price of around 88.000 dollars. Key competitors are models like Range Rover, Mercedes-Benz G-Class etc.