The legendary SUV finally came back, after a very long hiatus. The new generation is characterized by a pretty luxurious approach and after all those novelties and interesting design solutions that were introduced with the 2022 model, we would normally expect to see no significant changes for the 2023 Jeep Grand Wagoneer, which will represent the second production year. However, that won’t be the case. The next year’s model is coming with a full load of novelties, which will make it even more competitive.

Without any doubt, the biggest novelty is the introduction of the 2023 Jeep Grand Wagoneer L, a stretched version that comes with bigger dimensions and more interior space. Besides bigger dimensions, this model will also come when the company’s new inline-six engine with 510 horsepower. On the other hand, we don’t expect to see bigger changes on the standard model.

The 2023 Jeep Grand Wagoneer L could arrive already in summer, while the standard version probably won’t arrive before the last quarter of the year. 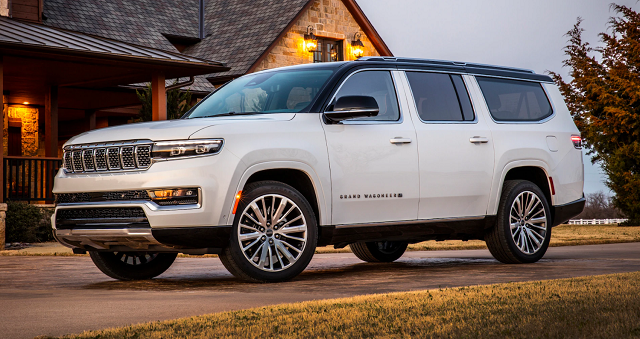 As we’ve just mentioned, the biggest novelty for the second production year will be the 2023 Jeep Grand Wagoneer L. Initially presented at the last New York auto show, this is a stretched version of the SUV, which features a 7-inch longer wheelbase, while the total length goes all-away up to 226.7 inches, which is 12 inches more than the standard version. Styling-wise, this version should feature a pretty much identical front-end design.

On the other hand, the standard version will remain largely the same. It will continue with the same layout, based on RAM’s body-on-frame platform and with the styling that shows the brand’s latest design language. Still, we won’t exclude the possibility to see some minor updates, such as new color options, or even a new appearance package.

Of course, the biggest benefit from the size increase of the 2023 Jeep Grand Wagoneer L will come in terms of more cabin room. We count on more passenger space in the third row, as well as on a more generous cargo area. Keep in mind that the standard model is already pretty impressive in this aspect, so the new version will compete with stretched versions of the Cadillac Escalade and Lincoln Navigator. 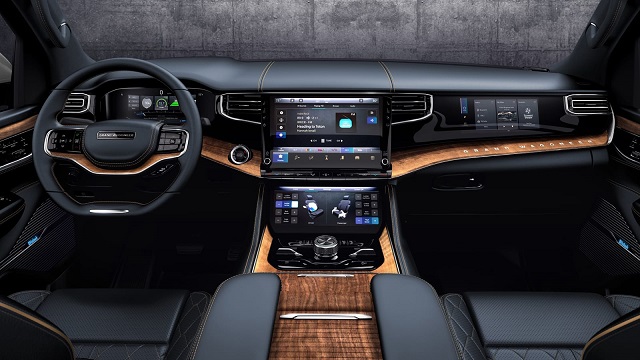 On the other hand, the dashboard design will look the same in the two models. This means that you may count on the same layout, which offers attractive but elegant aesthetics, along with super-fine materials and pretty impressive build quality.

When it comes to standard and available equipment, we expect no bigger surprises. Of course, minor tweaks are always possible, but most things will remain the same. So, all models will come standard with goodies like a 12.3-inch digital instrument cluster, a 12-inch touch screen, navigation, a 19-speaker McIntosh audio system, HD Radio, satellite radio, USB ports, a Wi-Fi hot spot, Bluetooth, Amazon Alexa (including Fire TV), wireless device charging, and wireless Android Auto and Apple CarPlay, a tri-pane panoramic sunroof, quad-zone automatic climate control, remote start, and a 10.25-inch display in the second-row console. Considering that base models will come with a full load of features, it’s no wonder that the list of options will remain relatively modest. Currently, some of the upgrades you can get are an interactive front passenger display, a 23-speaker McIntosh audio system, and a dual-screen rear-seat entertainment system.

One of the biggest novelties for the 2023 Jeep Grand Wagoneer will be the new engine. The company’s new 3.0-liter turbo inline-six is finally coming and it will feature a max output of 510 horsepower and 500 pound-feet of torque. From what we know so far, it will be standard in the Grand Wagoneer L model. On the other hand, we still aren’t sure about the standard Grand Wagoneer. Most likely, it will carry on with the same HEMI V8, while the new inline-six, called the Hurricane, will be available.

Therefore, the base 6.4-liter HEMI V8 would continue in the same way. We are talking about a naturally-aspirated engine, which features a max output of 471 horsepower.

Both engines will come in pair with an 8-speed automatic transmission, which is super smooth and works great in total. 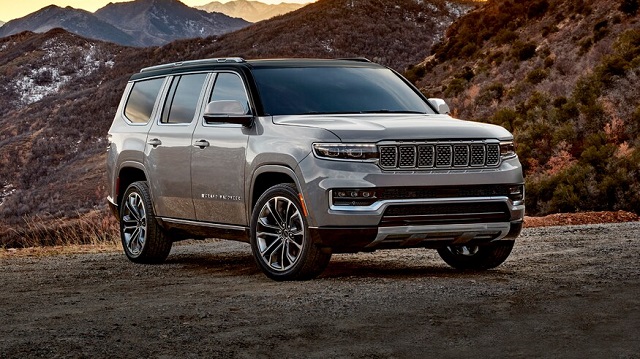 As we already mentioned, the new 2023 Jeep Grand Wagoneer L could arrive already in summer, while the standard model will arrive later in the year. The starting price should go around 90.000 dollars.