2024 Toyota 4Runner 6th Generation: What We Know So Far

The current generation of Toyota’s mid-size SUV marks some pretty impressive sales numbers, despite it’s been around for a very long time. It was introduced way back in 2009 and it’s about time to see changes. The Japanese engineers are working on the new generation and the latest reports suggest that the new model is about to arrive sometime in the next year, as the 2024 Toyota 4Runner. We are still waiting for the official confirmation.

Considering that the current model has been around for too long, the expectations from this redesign are big. We expect to see novelties and improvements in all aspects, starting from the new styling, improved ride quality, improved off-road performance etc. Of course, we also count on lots of novelties on the inside, whether it’s about interior design or new technologies. Finally, there is the matter of powertrain, where we also expect to see big changes.

The all-new, 2024 Toyota 4Runner 6th generation should arrive sometime in the second half of the next year. 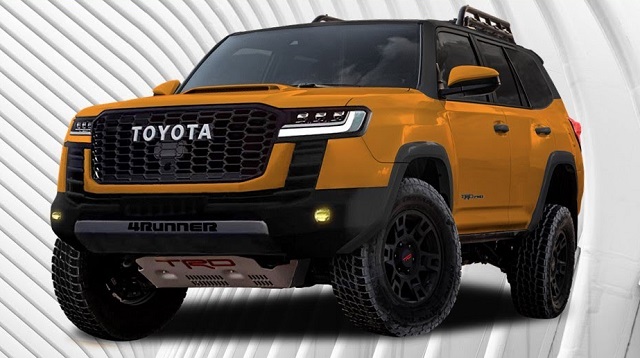 As we’ve just mentioned, the current generation has been around for way too long and that’s a clear indicator that the next generation is about to bring lots of big changes. Of course, one of the first things that come to mind is the platform. Just like the rest of Toyota’s BoF lineup, this model will also switch to the new TNGA-F platform, which will bring benefits in various aspects.

The new model will be lighter and more efficient, while we also expect to see big improvements in terms of the ride quality, thanks to the lower center of gravity and new suspension and chassis setup. On the other hand, off-road performance will remain at the same level, or become even better. Of course, base models will come with an RWD layout, but all kinds of upgrades will be in the offer, starting from the 4WD, two-speed transfer case, locking differentials, suspension upgrades etc.

When it comes to exterior design, we certainly expect to see a completely new styling. The outgoing model hasn’t changed much in the last decade or so, so there is no doubt that the new aesthetics will be significantly different. We expect to see some inspiration from the new Tundra/Sequoia at the front, as well as from the new Land Cruiser LC300. The 2024 Toyota 4Runner will look bolder and more aggressive, more modern and more appealing.

The same is with the rest of the body, though we don’t expect to see significant changes regarding dimensions. The wheelbase will remain pretty similar, just like the overhangs, as Toyota engineers don’t want to compromise the model’s off-road potential.

The cabin design is probably one of the weakest points of the current generation, which seems natural if we consider the model’s age. Therefore, we expect to see big improvements from the new model. Of course, the first thing that comes to mind is the new dashboard, which should utilize a more attractive look, as well as nicer materials and better build quality. Furthermore, we count on lots of new tech features, such as a new infotainment system, digital instrument cluster, more safety and convenience features etc. 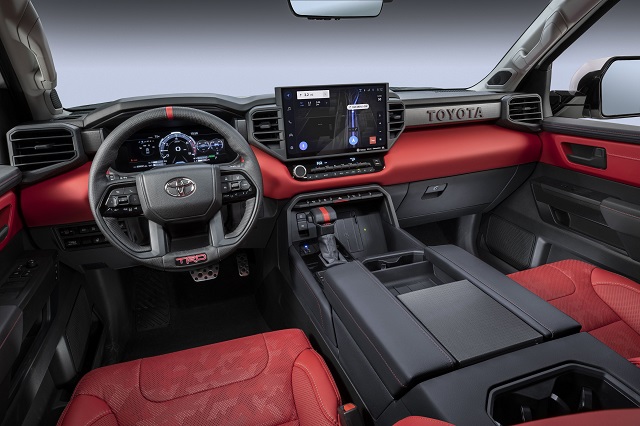 As we’ve just mentioned, the new generation shouldn’t change much regarding the size. Therefore, the amount of cabin space shouldn’t change much either. Once again, we count on three rows of seats but once again, the third row won’t be particularly generous, due to the relatively short wheelbase. The cargo area should offer respectable numbers, just like in the current generation.

One of the things we know for sure is that the good-old 4.0-liter V6 will be retired. Most experts predict that the replacement will come in the form of the new 2.4-liter turbo-four, which puts around 275 horsepower and 311 pound-feet of torque. That additional torque should provide notably better driving dynamics.

However, we believe that this won’t be the only powertrain available. The optional engine should bring more power and better performance and that could easily be the new 3.4-liter twin-turbo V6 with 348 horsepower.

Finally, we won’t exclude the possibility to see a hybrid version. That model would probably come with a new system, based on a turbo-four engine, with a max output of around 350 horsepower.

Of course, we also count on a new transmission, probably an 8-speed unit. 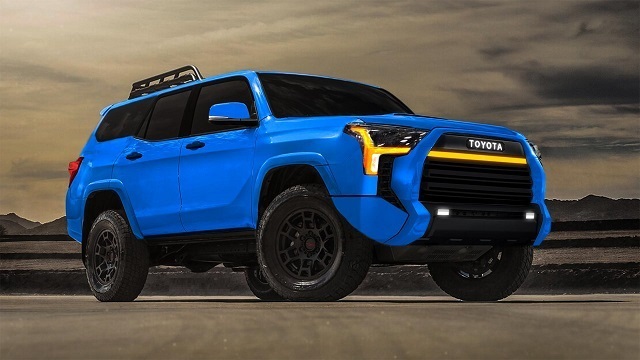 Although the officials are still quiet, we believe that the 2024 Toyota 4Runner could arrive already in the second half of the next year. When it comes to the price, we expect that base versions will go slightly under 40.000 dollars. Key competitors will remain the same, and that refers to models like Ford Bronco and Jeep Wrangler.